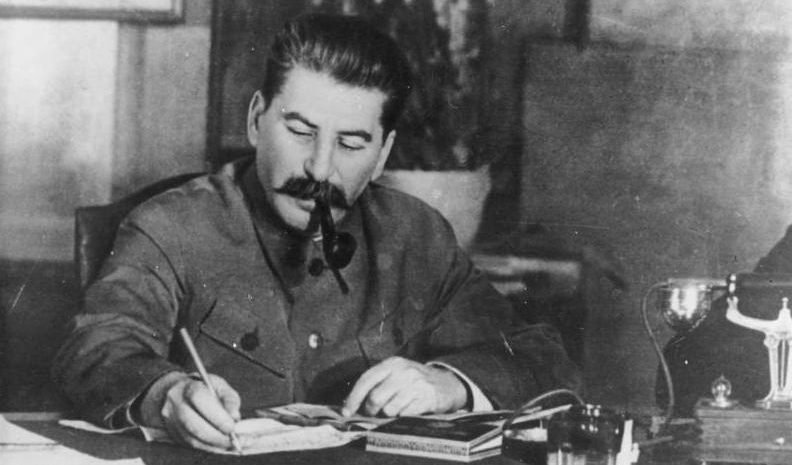 In his youth, Soviet leader Joseph Stalin (1878-1953) wrote 6 poems in total. We publish 4 of them here with the permission of their translator Donald Rayfield. The poems are presented for educational purposes.

‘Be full of blossom, oh lovely land
Rejoice Iverians’ country
And you oh Georgian, by studying
Bring joy to your motherland.’

Our Ninika has grown old
His hero’s shoulders have failed him…
How did this desolate grey hair
Break an iron strength?

Oh mother! Many a time
With his ‘hyena’ sickle swinging,
Bare-chested, at the end on the cornfield
He must have suddenly burst out with a roar.

He must have piled up mountains
Of sheaves side by side,
And on his face governed by dripping sweat
Fire and smoke must have poured out.

But now he can no longer move his knees,
Scythed down by old age.
He lies down or he dreams or he tells
His children’s children of the past.

From time to time he catches the sound
Of singing in the nearby cornfields
And his heart that was once so tough
Begins to beat with pleasure.

He drags himself out, trembling.
He takes a few steps on is sheperd’s crook
And, when he catches sight of the lads,
He smiles with relief.

Move tirelessly
Do not hang your head
scatter the mist of the clouds
The Lord’s providence is great.

Gently smile at the earth
Stretched out beneath you;
Sing a lullaby to the glacier
Strung down from the heavens.

Know for certain that once
Struck down to the ground, an oppressed man
Strives again to reach the pure mountain,
When exalted by hope.

So, lovely moon, as before
Glimmer through the clouds;
Pleasantly in the azure vault
Make your beams play.

But I shall undo my vest
And thrust out my chest to the moon,
With outstreched arms, I shall revere
The spreader of light upon the earth!

When the laments of the toiling peasants
Had moved you to tears of pity,
You groaned to the heavens, oh Bard,
Placed at the head of the people’s heads;
When the people’s welfare
Had pleasantly exalted you,
You made your strings sweetly sound,
Like a man sent forth by heaven;
When you sang hymns to the motherland,
That was your love,
For her your harp brought forth
A heart enraputuring twang….
Then oh Bard, a Georgian
Would listen to you as to a heavenly monument
And for your labours and woes of the past
Has crowned you with the present.
Your words have in his heart
Now put down roots;
Reap, grey-haired saint,
What you sowed in your youth;
For a sickle, use the people’s
Heartfelt cry in the air:
‘Hurray for Raphael! May there be many
Sons like thee in the fatherland!!’