How should Napoleon be remembered? 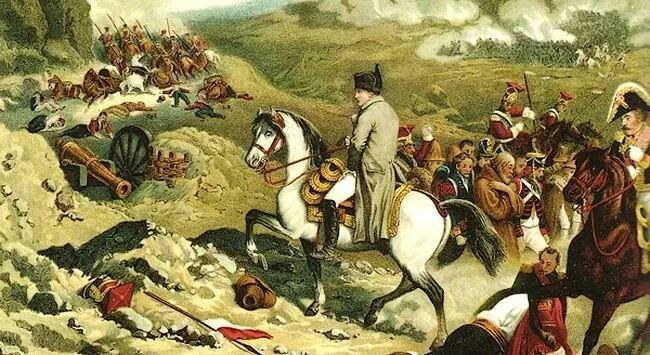 In 1789, the revolution swept the old aristocracy from power in France. A few years later, Napoleon Bonaparte, the legendary Corsican, emerged as the new strong man. Through conquest he became the scourge of the nineteenth century, a man both feared and admired. His armies set foot in most countries on continental Europe, and whatever the outcome, change followed. After his defeat, nothing would ever be the same.  But what should we today think about a man who in some ways modernized a reluctant Europe through victories on the battlefield? We asked professor Michael Broers of Oxford University, an expert on Napoleon.

Historyradio.org: For those of us who do not know the details of Napeoleon’s life, could you tell us why he is different from a more familiar conqueror of Europe, Adolf Hitler? After all, Hitler emerged from a period of crisis, just like Napoleon?

Michael Broers: The comparison is inevitable, given their territorial conquests, but there is no significant similarity. Napoleon had no racist agenda, nor did he have a clear plan for expansion. They both invaded Russia, but for wholly different reasons: Hitler to conquer and exploit; Napoleon to force Russia back into the alliance against Britain and to knock out its military threat. Napoleon rose to power by an insider coup; Hitler through democratic election.

Historyradio.org: Your biography of Napoleon relies on new source material, how has your view of Napoleon’s character changed?

Michael Broers: He was usually very measured and more controlled as a person than I had imagined; he was a very good committee chair, seeking out the views of others; he had  a capacity to forgive and to apologise I had not seen before. A very good sense of humour.

Historyradio.org: Why did Napoleon set out to conquer Europe?

Michael Broers: He didn’t. he sought to defeat his enemies – don’t forget he inherited the was from the French Revolutionaries; he did not start it. He dealt with each defeat as it occurred, by reordering certain parts of Europe to suit France. The only time when there was an overall plan was between 1807 and 1811, when he annexed as much of the North Sea Coast as he could to enforce the anti-British Blockade. There was no master plan.

Historyradio.org: He was of course a military genius. What was his chief advantages on the battlefield?

Michael Broers: He delegated well to his commanders, and chose them well. he trained his troops very thoroughly when he had the chance. His troops moved very quickly, along well planned routes. He usually had clear battle plans, but we very quick to adapt in a crisis.

Historyradio.org: Napoleon has long since passed into myth in paintings of him horseback, and in films like Abel Gance’s silent epic (or his later color feature about the battle of Austerliz.) How much truth is there to these idealized versions of the man?

Michael Broers: This is impossible to answer, as there are so many and varied images of Napoleon, from the comic and contemporary (eg Gilray) to the heroic (eg Byron) to the demonic (Tolstoy). He divided contemporaries as much as he has later generations. There is one undeniable part of the physical image: All who knew him commented on his bright, clear eyes and his penetrating look.

Historyradio.org: The conquest of Spain and Russia were particularly brutal. Why did he not simply retreat from those campaigns?

Michael Broers: He wanted to retreat from Spain, but could not abandon his brother Joseph, whom he had placed on the throne. Once the British established themselves in Portugal and Galicia, by 1809, it was too dangerous to withdraw – when he had to pull out large numbers of troops in 1812 to fight in Russia, this decision to stay was proved correct, as the British pounced on the weakened French and drove them back to France.

Russia was very different: The campaign was to last only 3 weeks. Its goal was to catch the main Russian army, knock it out and go home. He did catch it a couple of times and inflict damage, so he preserved. Once lured as far as Moscow, and not finished the Russians off, he did actually retreat.

Historyradio.org: After his first defeat, he was banished to an island, but returned. Why wasn’t he simply shot after he was first captured? After all, a lot of people died in his campaigns.

Michael Broers: They were all guilty of war mongering, so it would have been impossible to pin such a charge on him. To have shot him would have placed the allies on the same level as the French revolutionaries who guillotined people out of hand; they equated Napoleon with them, so it was not ‘the done thing’. They also knew he had enough support left in France that it would have been dangerous to make a martyr of him. Overall, it was an unprecedented set of circumstances.

Historyradio.org: The French has had a varying relationship with Napoleon. How is he viewed in France today?

Michael Broers: This is too varied to answer properly. For many, he is seen as a military dictator who destroyed the Revolution; for others, he made France great. Most educated people know he laid many of the institutional foundations of the modern French state.

Historyradio.org: What about the rest of Europe?

Michael Broers: Again, hard to answer. Russians actually admire him, Tolstoy not withstanding; he tends to be despised in the UK. Italians look to him as having helped set them on the way to unification. In Spain he is a demon. etc

Historyradio.org: How would you say Napoleon changed the face of Europe? It wasn’t all bad, was it?

Michael Broers: Most of it was positive, once the wars were over. His military and diplomatic edifice was swept away without trace, but his legal and administrative, and educational reforms have been adopted over most of continental Europe, even in countries like Spain and Portugal which opposed him tooth and nail. In many key ways, it is a positive and fundamental legacy.