A talk with Abdelilah Hamdouchi, the master of Moroccan noir 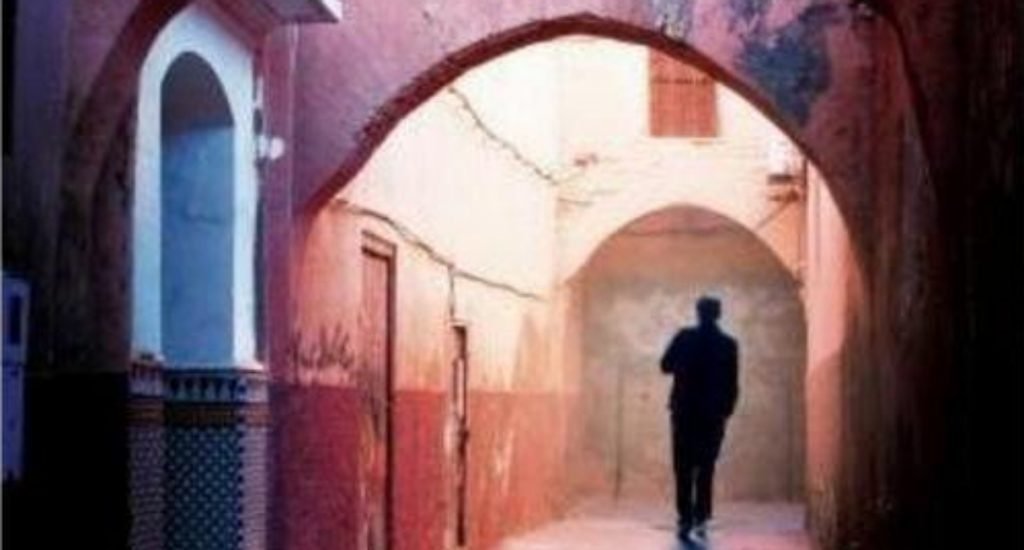 Morocco is a land of contrasts, with scenery ranging from the most beautiful mountain valleys to deserts and sprawling metropolitan areas. It is also a land of unequal wealth, a gap between the rich and the poor- prostitution and crime. Yet, while the arab world has been in turmoil, Morocco has remained fairly stable. It is perhaps not so strange then that the country is the center of an unlikely arabic revival: the police procedural. We talked with the founder of the arab noir genre, Abdelilah Hamdouchi, and we followed the literary traces of his hero, detective Hannach, through some distinctly Moroccan alleyways.

Historyradio.org: Tell us a little about your background. When and how did you decide to become a crime writer?

Abdelilah Hamdouchi: When I decided to write my first crime novel in late 90s, Morocco had just started a new political experience under the banner “A Government of Change”. This change followed a general amnesty for all political prisoners. Also, some democratic practices began to take hold in the running of the state and society, to the extent that a former convict and exiled leftist became head of the government.

In those days, I had penned novels about social affairs, but no one took notice of these writings. So I decided to try the crime novel, even if I only was familiar with Agatha Christie in this niche.

Historyradio.org: A while back I heard a theory that no crime novel could exist in a non-democratic country, simply because the citizens in dictatorships didn’t trust the police? Yet, your Moroccan police procedurals show otherwise? Do Moroccans trust the police?

Abdelilah Hamdouchi: This is relatively true, the crime novel finds its space in democratic countries; or human rights and the law. Russia, for example, never knew this kind of literature during the Soviet era, Nazi Germany, fascist Italy, and the Francoist Spain neither, and the first crime novel in Spain was written after the death of dictator Franco in Spain in 1974. This can be said of dictatorships in Africa and in Latin America. But, of course, it does not prevent exceptions from emerging, like the author Leonardo Padura, who wrote the crime novels in Cuba.

My country, Morocco, is a special case in the sense that we have always lived under a regime that adapts by drawing red lines not to cross, including the kingship, the territorial unit and the Moslem religion, Malekite. If someone goes beyond these red lines, he is overtaken by the law. Otherwise everything is subject to opinions and criticisms freely.

Historyradio.org: When did Moroccans begin reading crime fiction, and what sort of crime fiction do they prefer?

Abdelilah Hamdouchi: My experience is unique and even avant-garde in Arab culture. In part, this has left me with almost a feeling of rush to be translated into English and other languages. The Hoopoe Publishing House has commissioned me for a series of Moroccan thrillers whose hero is a certain Hannach.

The crime novel is almost absent in our literature and Moroccan cultures in particular and Arabs in general. Even translations are limited to Agatha Christie and Conan Doyle.

Historyradio.org: They say many Italian police procedurals have open endings or let the bad guy get away because they reflect public expectations of corruption and incompetence in the police force? Is there a similar tradition in Morocco?

Abdelilah Hamdouchi: We must not forget that Italy is the country of the Mafia and organized crime. The majority of the crimes in Morocco are of individual nature or connected to family affairs, and the motives are often money-related or sentimental. Organized crime, like in Italy, is almost absent. It is true that Moroccans are part of mafia organizations, but the majority of crimes are individual.

Historyradio.org: What sort of hero is Detective Hannach? How does he compare with let’s say Mankell’s Wallander? Does he drink? Is he flawed in any way?

Abdelilah Hamdouchi: Hannach is fond of life: he loves beautiful women and has experienced both good and bad times, against a backdrop of corruption, he has a good heart.

Historyradio.org: How does he go about solving his crimes, does he have a method or does he just stumble his way towards a solution in the manner of Philip Marlowe?

Abdelilah Hamdouchi: First, he has a proper background. He worked in the narcotics brigade in Tangier and built a career.  He then joined the criminal brigade in Casablanca, where his experience with the drug squad helped him in his new mission, especially since he is intelligent and organizes his teams with professionalism. Before solving the crime, he asks all his colleagues their opinion.

Historyradio.org: What about yourself, how do you write your novels? Do you write on instinct or do you outline the plot in advance?

Abdelilah Hamdouchi: In general, before I start writing, I have a pretty clear idea of ​​my subject. I am inspired by various facts; to put my writing technique at the service of the crime novel with everything that leaves the reader in the pleasure of reading.

Historyradio.org: Do you have any literary role models, writers who inspired you when you started writing?

Abdelilah Hamdouchi: In principle I have no model, I read a lot, literature, crime novels, other than that I admire the clear and transparent style of Paul Auster. Also I much admire Henning Mankell.

Historyradio.org: You were among the first to write modern police procedurals in your country. Have you met with any difficulties? How were your first novels received?

Abdelilah Hamdouchi: My first crime novel was about the world of Hashish, and lower-ranking police officers who made a considerable effort to dismantle the traffic, and who see their effort in the water following the interventions of the officers. The purpose of this crime novel was to convey a certain message. This first noir was well received, both commercially and critically, which resulted in the making of a TV movie.

Historyradio.org: According to Al Jazeera, Maurice Leblanc’s golden age rogue, Arsene Lupin, is popular in the arab world. Would you say that the cozy 1920’s crime puzzle still fascinates Moroccans?

Abdelilah Hamdouchi: I’m not so sure about Al Jazeera Television’s conclusions, but the Arab reader does not consume a lot of crime novels, due to a lack of available translations.

Historyradio.org: Apart from yourself, are there other major crime writers in Morocco?

Abdelilah Hamdouchi: Yes, there is another author who writes in French, and who (coincidentally) has the same surname as me, Miloudi Hamdouchi. He was a very popular detective writer in the 90s and was known as “Colombo” in the popular press.

You can buy 3 of Hamdouchi’s latest thrillers at Amazon.