The Ancient University of Nalanda and it missing students

Between the time of Buddha and when the Mongol hordes poured onto the Asian steps almost a millennia later, there existed an ancient center of learning in India with tens of thousands of students.  A Turkish invader left their library in ruins, and its books, like all those unknown scholars, became scattered and forgotten by time.

The present-day Nalanda university library, like the modern library of Alexandria, cannot replace or restore the ancient centers of learning they once served, only honor them. There are about twenty influential teachers from Nalanda listed at Wikipedia. But over a millennia there must have been countless more. Students would have arrived from far and near, books would have been copied and sold. Even if most names should be forgotten, some of the infra-structure of learning can always be deduced from archaeology.

If there are many students, the facilities of learning would tell us about teaching methods. And also about where they came from and how they were recruited, and perhaps went after their studies. If a gigantic stone is uncovered at a mysterious site like, for instance, Nalanda in India or even the much older temple at Göbekli Tepe in Turkey, many things can be learnt about the technology and mathematical skills of those who placed it there. And if such skills exist, then they are learnt somewhere.

The study of European Antiquity has brought to light the great minds of men like Aristotle, Archimedes and Hero of Alexandria. Then there is that legendary library in Alexandria that we all know about. Some who have studied history might talk about the one in Pergamon where Galen was educated, the second most famous.

But often these towering institutions are icebergs of a forgotten academic system, a network of learning centers. If academic works were written, they also had an audience. And they were also traded and sold, which means merchants of knowledge. Sometimes even booksellers and agents.

Recently, new lidar technology has stripped away the overgrowth of centuries, in the Amazon and in the jungles of Cambodia. What emerges magnifies the ancient cultures in these areas and their influence exponentially. Their urban arms stretched farther than anyone today could now have guessed.

The literature of meso-America was quickly disposed of by the Europeans, and the only source of importance about Angkor Watt is the report of an ancient Chinese emissary. So slowly the rest of the planet is having its history restored, bit by bit. But, do we yet know what might be hidden beneath impenetrable jungles elsewhere, in Papua New Guinea or Congo?

In 1916, a Jamaican arrived in New York. He had been educated in the heart of the Empire, London. His name was Marcus Garvey (1887-1940), and he was the first organizer of a black mass protest movement. He was extravagant, flamboyant and also dishonest. But even if he was eventually kicked out of the US, he managed what he set out to do: awaken the African Americans to the great wealth of unknown cultures located beyond the gaze of the European scholar.

Europeans never spoke about the great sub-Saharan cultures known at the time. In his novel She, the late Victorian adventure writer H. Rider Haggard (1856–1925) made wild, but extremely entertaining speculations about the origins of the great stone structures of Zimbabwe. This was needed because Africans could never have managed to construct such marvels on their own. Europe had even swept  the mighty Songhai-empire of western Africa conveniently under the carpet, along with the great libraries of Timbuktu. In fact, even Roman expeditions into sub-Saharan Africa or the sub-Saharan battles of the First World War, have been met with total silence. This was infertile soil for learning and culture. This was the land of naked savages.

One of the countries Marcus Garvey frequently mentioned was Ethiopia, and the Rasta movement would later often refer to him. Garvey himself, however, belonged to an earlier generation. So, when he referred to Ethiopia he had other things in mind. 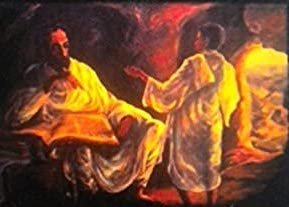 Today, students are just becoming aware of the great genius of men like Zera Yacob (1599 – 1692) , the Ethiopian enlightenment philosopher, and contemporary and almost equal of Kant himself. But the same comment I  made concerning the intellectual celebrities that are known from Nalanda applies to Zera Yacob. He was the top of the largest remaining iceberg of a past system of learning. Gone with the wind are the other students, their lives and the network that supported them.