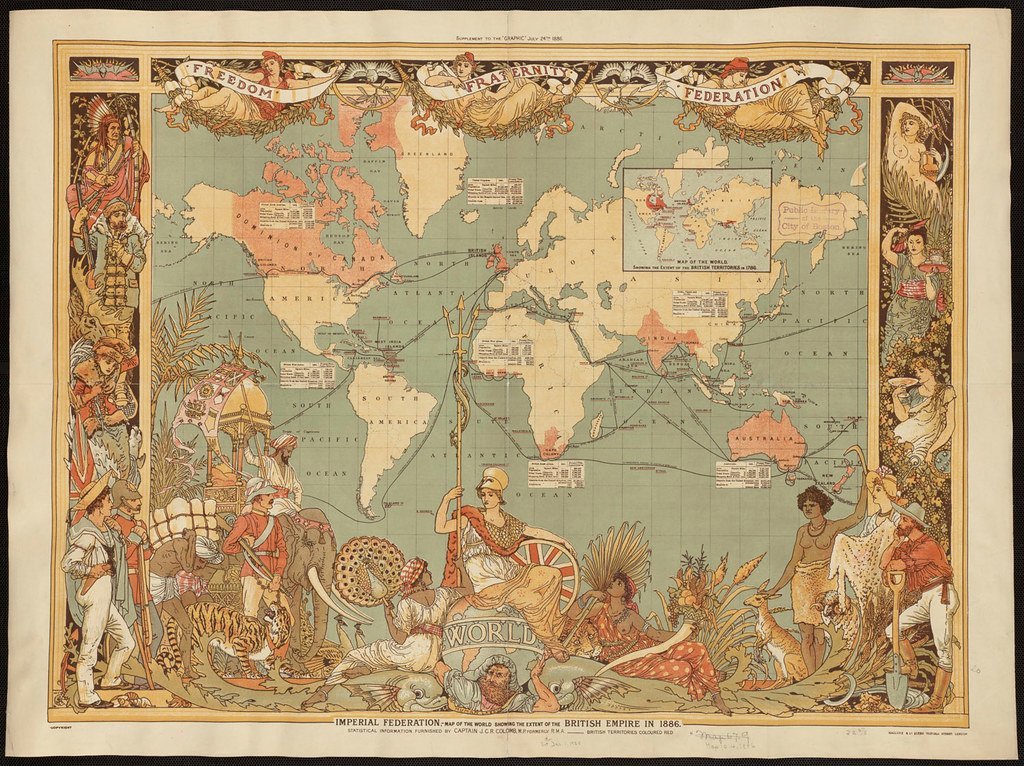 In the 1980s, a new academic discipline became popular in western academia: Postcolonial Studies. New theories emerged from the former colonies around the world about how they would deal with their shared past. Postcolonial Studies emerged from an attempt to give a voice to writers and thinkers that had been marginalized. Suddenly the original ideas of the colonial diaspora and the African universities became visible. As it turned out, even in places as far afield as Papua New Guinea intellectuals had something to say. This new branch of studies became immensly influential, and the first textbook on the subject was called The Empire Writes Back (1989). We contacted one of the authors of that work, professor Bill Ashcroft, and asked him a few questions about what postcolonial studies is and how he and his co-authors came to write this first book.

Historyradio.org: You have worked with postcolonial theory all your career, how and when did you become interested in the subject?

Professor Ashcroft: My interest in postcolonial studies originates in the field of Commonwealth literature, which began with the establishment of the Association for Commonwealth Language and Literature Studies (ACLALS) in the 1960s. By the 1970s new terms were emerging such as “New Literatures” and by the late 1970s I became increasingly dissatisfied with the untheoretical and New Critical approach of Commonwealth literature. In 1978 I edited and issue of New Literature Review (later New Literatures Review) on postcolonial literature. By the 1980s the term postcolonial had taken over from other descriptions of the field and my focus at this time was on the transformations of language particularly in African literatures.

Historyradio.org:  You published the first textbook on postcolonial theory in 1989. Why did it take so long before postcolonial studies appeared as an academic discipline in the West?

Professor Ashcroft: During the period after WWII when colonies were gaining independence ‘post-colonial’ meant post-independence. The emergence of Commonwealth literary studies dominated the field of English literature in the 1960s until the term ‘postcolonial’ began to gain strength in the 1970s. The Empire Writes Back was written to bring together the textual attentiveness of Commonwealth literature and sophisticated approaches to contemporary theory that could evolve a way of reading the continuing cultural engagements of colonial societies. In fact the conversations in which the book began occurred in the early 1980s.

Historyradio.org: Where did you meet your co-authors for The Empire Writes Back?

Professor Ashcroft: We had had known each other in the late 1970s but the project took shape when we met at an AULLA (Australian Universities Language and Literature) conference in 1980.

Historyradio.org: You must have done a careful selection of thinkers to reference. Which ones would you say were the most important ones for you?

Professor Ashcroft: Our aim was to highlight thinkers from the colonized societies as much aspossible. Of course Colonial Discourse theorists such as Bhabha, Spivak and Said were prominent in the landscape at that time but contrary to popular belief they were not a major influence on the book. Said’s Orientalism was a well known analysis of Europe’s representation of its others but none of these theorists had a prominent place in our work at that time. This is surprising to most people since I later wrote a book on Edward Said with Pal Ahluwalia, but at that time he featured very little in the book. Our aim was to distil the theoretical insights from postcolonial writers themselves.

Historyradio.org: Postcolonial Studies became quite popular in the nineties. Has it lead to any improvements for the cultural life in the former colonies?

Professor Ashcroft: I was struck by the statement by a Dalit woman at a conference in 2006 that The Empire Writes Back “gave us a voice.” Any ‘improvement’ in colonized cultures is represented in this statement through the voice that colonized people were able to use. However a greater and more important improvement has been made by postcolonial writers themselves, who appropriated English, the language of the coloniser, and used it represent their own culture and society to the world. To choose a language is to choose an audience and choosing English ensured a world audience.

Historyradio.org:  Isn’t there a point in history when the colonial period becomes irrelevant, when too much time has passed for it to be used as an excuse?

Professor Ashcroft: This question is based upon a fundamental misunderstanding of the postcolonial. The idea of a chronological stage ‘after colonialism’ was the way the term was used in the 1960s, after the surge of independence. But from the publication of The Empire Writes Back the situation changed radically. ‘Postcolonial’ refers to neither a chronology nor ontology but a way of reading. It is a way of reading the cultural resistances and transformations of colonised and formerly colonised cultural producers. Sometimes this was anti-colonial but more often it was transformative as transformation proved to be the most powerful and productive form of resistance. Postcolonialism has continually transformed itself to provide strategies with which to analyse global power. We live after colonialism but never without it.

Historyradio.org: There is a local scholar here in Norway, Dag Herbjørnsrud, who recently wrote a book in which he argued for the establishment of a new global Canon. Is this in line with what you were trying to do in the 90s?

Professor Ashcroft: I don’t think so. Postcolonial studies have always been suspicious of canons, which arise when those with cultural power determine what is best. Postcolonial studies rejected the idea of a canon of ‘great works’ because these invariably marginalized the non-European writers. If we dispense with the idea of a canon, however, then certainly the significance of writers around the world needs to be recognised.

Historyradio.org:  There has been some debate here in Norway about epistemology, and alternative ways of acquiring knowledge. This may seem harmless in literary studies and philosophy, but it would seem to contradict much of what has been achieved in the natural sciences. In what way was postcolonial theory, as it appeared in the 90s, relevant for the hard sciences?

Historyradio.org: You have read many postcolonial novels in your long career as a literary scholar. Which one would you say was most influential for postcolonial studies? And why?

Professor Ashcroft: This question smacks a little of canonical thinking, but one book that stands out is Salman Rushdie’s Midnight’s Children written in 1980. This is because it deconstructs so many forms of imperial discourse – the discourse of nationalism, the discourse of history itself within which nations come into being; the discourse of language; those of race and ethnicity and their embedding in language. All these offer a picture of the range of Rushdie’s radical dismantling of the myths of identity that surrounded that fateful midnight when India became a nation, taking over the architecture of the colonial state. What Rushdie is dismantling is not so much the idea of nation as the wider ranging tyranny of borders within which such concepts come into being. The book reminds us of the many ways in which societies unthinkingly take on the model of western society.

Historyradio.org:  Sometimes when you read literary text from around the world, there are great surprises. Is there a literary culture today that you feel is neglected, that is just waiting to be discovered and recognized?

Professor Ashcroft: At this stage of my career there are few surprises. I don’t know of a culture that’s being neglected, especially since publication, and particularly publication in a world language is a form of recognition. There are many books that could be better recognised by critics. I will mention just one: Agaat by the South African writer Marlene van Nierkerk.

Historyradio.org: You have traveled the world as an academic. What sort of issues are universities in Africa and elsewhere concerned with today?

Professor Ashcroft: Universities in Africa face the same issue as those around the world, only to a greater degree: the marginalization of the humanities and the struggle for funding.

Corrections: the introduction to this interview has been edited due to some technical problems during publication.