Zhou Daguan and his journey to an empire lost in time The greatest city on earth in medieval times was not London, Paris or Rome. It was probably Angkor Wat, the Cambodian giant temple complex that was eventually swallowed by the jungle and forgotten by time. However, there exists a first-hand account of the Angkor culture at the peak of its power, from the pen of Zhou Daguan, a Chinese diplomat who later published a book entitled The Customs of Cambodia. Solang Uk has translated this rare work into English, and we asked him to describe the journey  Zhou Daguan would have taken.

Historyradio.org: What sort of man was Zhou Daguan, and why was he selected to go on this long trip to Angkor?

Solang Uk: He must have been a young Han Chinese (Han is the major ethnic group) in search of an adventure. The Emperor at the time was a Mongolian (not a Han). Maybe he was selected to be a delegation member because he was a young intellectual with keen eyes and good at recording.

Historyradio.org: Were there strong trading links between China and Angkor? What sort of place did Angkor have in regional politics?

Solang Uk: Of course, for a long time – Chinese records about the region existed since the 3rd century although the country was called different name by the Chinese. Zhou (the surname of Zhou Daguan – all Asians write surname first) wrote about Produce (chap. 19), Trade (chap. 20), Desirable Chinese Goods (chap. 21). Angkor was a major power on the mainland Southeast Asia.

Historyradio.org: Recent lidar imaging have revealed that Angkor was a gigantic urbanised empire. I know China too was pretty developed, but was Zhou in any way impressed by what he saw?

Solang Uk: Zhou did not mention canals, but he talked about huge artificial lakes called Baray. There are known three large Barays (the East, the West, and the North or Indratataka). In chapter 1, “On the City Perimeter”, he talked a lot about huge monuments with golden towers. His words: “Maybe this is the reason why foreign merchants often talk about the rich and noble Zenla”.

Historyradio.org: What do we know about the king he visited, Indravarman III ?

Solang Uk: Indravarman III is the son-in-law of the preceding King Jayavarman VIII. He was a General of the latter whose daughter (Indravarman III’s wife) stole the King’s royal sacred sword and gave it to her husband. The crown prince (son of Jayavarman VIII, name not known) plotted an attack on the General, but the plot was discovered, he was arrested, jailed, and had his toes cut off. Upon the King’s abdication in his old age, the General took the throne as Indravarman III (his other name is Sri Srindravarman).

“I was told by the locals that the king goes up to sleep inside the golden tower every night. Inside there is a nine-headed snake spirit that is the lord of the land for the whole country, and is in the form of a woman. Every night she sees the king first, sleep; and couples with him. Even the queen would not dare go in. The king leaves at the ‘second drum beat’. Only then can the king sleep with the queen or with the royal concubines. If the snake spirit does not appear one night, the time of death for the king has arrived. If the barbarian king fails to go up one night, then disaster will certainly happen.” Zhou Daguan

Historyradio.org: Were the people of Angkor literate like the Chinese? If so, has any of their literature survived?

Solang Uk: Do you think the people who can build an empire that rivals the Chinese were less literate than the latter? Alas, the books did not survive the hot and humid tropical climate.

Historyradio.org: Describe to us what Zhou would have seen in Angkor?

Solang Uk:  In addition to the two gigantic lakes mentioned by Zhou, all monuments have surrounding moats 100m – 200m wide. The city of Yashodarapura known today as Angkor Thom is square shape of 3km each side surrounded by a moat 100m wide. There are dozens of temples outside Angkor Thom all surrounded by moats, the famous one being the well known 7th wonder of the world, Angkor Wat with a moat 200m wide and a perimeter of 5.5km.

Historyradio.org: What sort of religion did the people of Angkor have? What sort of diet did they have, and what were their life expectancy?

Historyradio.org: Do we know anything about the past times of the people of Angkor?

Historyradio.org: How important has Zhou Daguan’s book been to Cambodians and their understanding of history?

Solang Uk: Zhou’s Record is very important for Cambodia as it is the only surviving written document on Cambodia in the 13th century. It fills the gap in the Cambodian history. Other documents of the time that were written on animal skin or palm leaves did not survive the tropical climate – moulds and bacteria love the hot and humid environment of Angkor. Other parts of Cambodian history were deciphered from stone inscriptions in Sanskrit or in ancient Khmer, and they refer mainly to the good deeds of Kings and high officials.

Historyradio.org: What happened to Daguan after his return to China?

Solang Uk: Soon after his return to China, Zhou must have had his Record published in his native province of Zhejiang, but the date is not exactly known. The Record was subsequently republished by different editors. According to the French sinologist, the late Paul Pelliot, there are now seven different versions of Zhou Daguan’s Record on Cambodia, but all are based on single archetype.

Zhou Daguan was not well known in China. To China, Cambodia (although Angkor was well known then) was not so important as Japan, Korea, Mongolia where the threat of invasion/war is its main constant preoccupation. 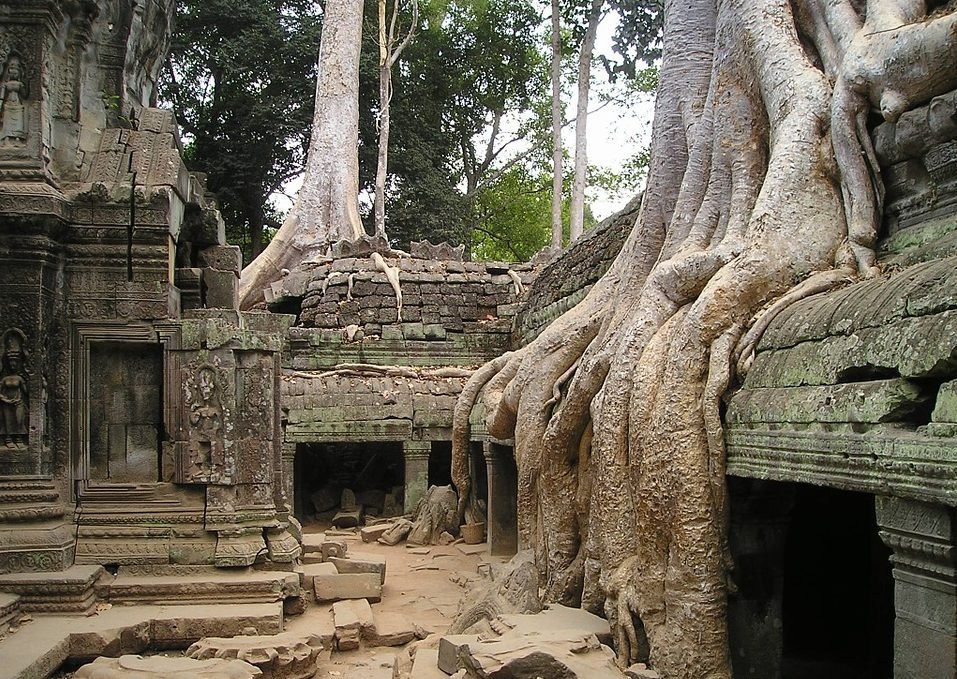