The golden age of radio drama- it never ended

The actors were all on stage in front of an excited audience. Listeners everywhere, from soldiers in war zones to grandma in her rocking chair, were glued to their radio sets. The attraction of a media reality gone by is apparent in classic comedies such as Abbot and Costello’s Who Done It? (1942) and The Radioland Murders (1994). Historian Neil Verma joins us to reflect upon an art form, which, he says, will never go away.

Historyradio.org: When were the first radio dramas broadcast? What are the oldest ones that survive?

Professor Verma: This is hard to answer because you’d have to decide what counts as a “play” exactly. There’s a long tradition in the 1920s and 1930s of reading aloud from works of fiction, and there’s also a number of newspaper records we have of local theaters and dramatic societies playing scenes from ongoing stage productions for radio shows on stations such as New York’s WJZ and Chicago’s WGN in the early 1920s. And what about opera broadcasts? Aren’t they drama?

When it comes to written-for-radio dramatic pieces, tradition says that the earliest radio drama in the US was a show called The Wolf, an adaptation of a stage play by Eugene Walter Based on a play by Charles Somerville that aired out of WGY Schenechtedy in 1924. In the UK, many point to Richard Hughes’ The Comedy of Danger, which aired on the newly commissioned BBC around the same time. Throughout the 1920s there are many accounts of dramas written or adapted for the radio ranging from Shakespeare to children’s programming, but it’s important to remember that this also took place against a backdrop of debates about how radio was undercutting theater ticket sales, and there was a tension between the two industries.

Radio drama became a mainstay of programming formats with the coming of networks in the mid-late 1920s. By 1930, my colleague Shawn VanCour has established, the radio drama was about 14 percent of network programming. Many of the shows of this period that have survived are skit-like serialized shows that have a similar structure to vaudeville and racist minstrel shows (Amos & Andie) or comic strips (Clara, Lu and Em).

Historyradio.org: What sort of recording devices did they use at the time and how was the radio show edited?

Professor Verma: Most dramas were live shows, sometimes with a studio audience. Therefore recording devices were not required. Recording typically entered into the process for one of four reasons (1) rehearsals – many shows would record a rehearsal on a transcription disc of some kind prior to doing a live version (2) as a component of the broadcast itself – many shows used records of sound effects spun manually during the broadcast (3) as part of a transcription distribution system – local stations would very often “time shift” programs by buying recorded-to-disc shows that they would air to fill gaps in their programming or (4) as part of a record for the ad firm or sponsor who paid for the program.

The kind of microphones they used were not dissimilar to the ones we use today in terms of design and pickup pattern. Initially much radio drama used carbon-based microphones but by the 1940s many used condenser type microphones, others used ribbon microphones, which were sometimes called velocity microphones.

Historyradio.org: There are many old time radio enthusiasts in the US, why do you think that is?

Professor Verma: I don’t know. There is more and more audio drama being produced all the time, so it can’t just be nostalgia.

Historyradio.org: Why was Orson Welles’ 1938 War of the Worlds broadcast  a turning point in radio history?

Professor Verma: Welles made the most famous radio play of all time, it’s hard to pinpoint that for many other media. That said, much of the so-called panic of the broadcast is a production of the yellow press – virtually none of the mass hysteria that people think happened can be verified by any evidence. There’s a huge irony here – the “lesson” of the War of the worlds “panic” is supposed to be that you can’t trust what you hear on the radio, but it turns out you can’t believe what you read in the paper. For me, it’s a shame that the panic about the broadcast has occluded the play itself. There are hundreds of books and articles about the reception of the thing, but very little about what it sounded like, and how Welles, Howard Koch and the rest of the team evolved their art through it. For example, WOTW is one of the slowest radio plays I’ve ever heard. In a medium best known for loudness and action, it’s rather quiet and lethargic. That’s a really exciting mode of radiophonic art, an unusual one, and it can tell us a lot about the aesthetics of suspense in the mid-20th century.

Historyradio.org: The legacy of Howard Koch, Bernard Hermann and Orson Welles is apparent in later productions, such as the historical drama series CBS is There (You are There) and even a local production, such as the 1970s zombie drama The Peoria Plague. Do you think an updated War of the Worlds would be as effective as a 1938 version?

Professor Verma: My feeling is that the whole War of the Worlds hoax is itself a hoax. So, what should we take from that? I think it’s a fascinating allegory for anxieties we have about the modern media, anxieties that persist today.

Historyradio.org: At some point larger producers, such as NBC and CBS, turned away from radio drama, and began focusing on TV.  Have people in the US stopped listening to radio altogether?

Professor Verma: No. The most recent report of the AC Nielsen company I’ve seen says that radio reaches 93 % of adults each week in the United States. That’s compared to 89% for TV, 83% for smartphones.

Historyradio.org: Today there are many independent radio drama producers in the US. On this site we have featured, among others Blue Hour Productions, Atlanta Radio Theater and 19NocturneBoulevard. When did this subculture emerge?

Professor Verma: Radio drama production has never really ended from the Golden Age. That said, I think the contemporary period can trace its roots to the Firesign Theater records, ZBS productions by Tom Lopez and Yuri Rasovsky’s works, along with the BBC’s Hitch-Hiker’s Guide to the Galaxy programs, which are still a gold standard for many of the audio dramas I listen to today.

Historyradio.org: The quality of The Mercury Theater, The NBC University Theater and CBS Studio One, is still unmatched in modern radio. Why do you think that is?

Professor Verma: I’m not sure I’d agree with that. These were shows that made sense for their audiences at the time, and created a kind of radio that was energetic about exploration and innovation. There are other traditions out there just as worthy. That said, I think it’s important that many of the authors and directors in the shows you mention could draw liberally on contemporaneous fiction for scripts, invent new vocabularies for sound effects, and work with actors who spent whole careers as voice artists. Being a radio drama professional – working at it day in and day out for decades – was a peculiar affordance of the classical period, at least in the United States.

Historyradio.org: Advertising played an important role in the development of radio drama in the US. Every radio listener in the 1950s US would know the phrase “Lux Presents Hollywood” , the opening for the Lux Radio Theater. Tell us a little about the history of advertising in radio drama.

Professor Verma: There are whole shelves of books on this subject. In general, advertising firms would bankroll programs and match them with sponsors, and a few firms (BBDO, Young & Rubicam, J Walter Thompson come to mind) had a particularly effective business model based on this. In general, many of the products that sponsored these shows were national brands. Think of the kinds of products we are talking about – soap, coal, boot black, soup, tea, yeast, cigarettes. These are not “niche” products exactly, and that suggests that these are plays that expected to be heard not by a particularly narrow segment of Americans, but by a very broad group. You should reach out to Cynthia Meyers from the College of Mt St. Vincent for more on this, she knows the ad firm history the best.

Historyradio.org: Today everything is “on demand”. Netflix lets you chose what to watch and when. Sites like archive.org and the BBC let you select radio shows to listen at your convenience. Is there a future for linear broadcasts?

Professor Verma: When people ask me for a prediction about the future of audio narrative, what historian Michele Hilmes calls “sound work,” I tell them that there will be more of everything. More linear radio drama broadcasts, more podcasts, more of things made in between. In the past few years I’ve heard incredible work from all sides of the industry, from Gimlet Media’s Homecoming podcast to Westdeuscher Rundfunk’s adaptation of The Neverending Story. In 2014 they used serialized radio dramas to promote awareness about Ebola in Liberia and Sierra Leone. The radio art world is also booming, with major conferences and installations at Radio Revolten in Halle, Germany and the Radiophrenia broadcasts in Glasgow. In the last year the BBC experimented with a nonlinear radio drama that you can listen to in different sequences, and it recently teamed up with Amazon to create an interactive audio drama on Amazon’s Alexa.

Radio technology has always changed and will continue to change. Drama, I suspect, will always be a part of that change. 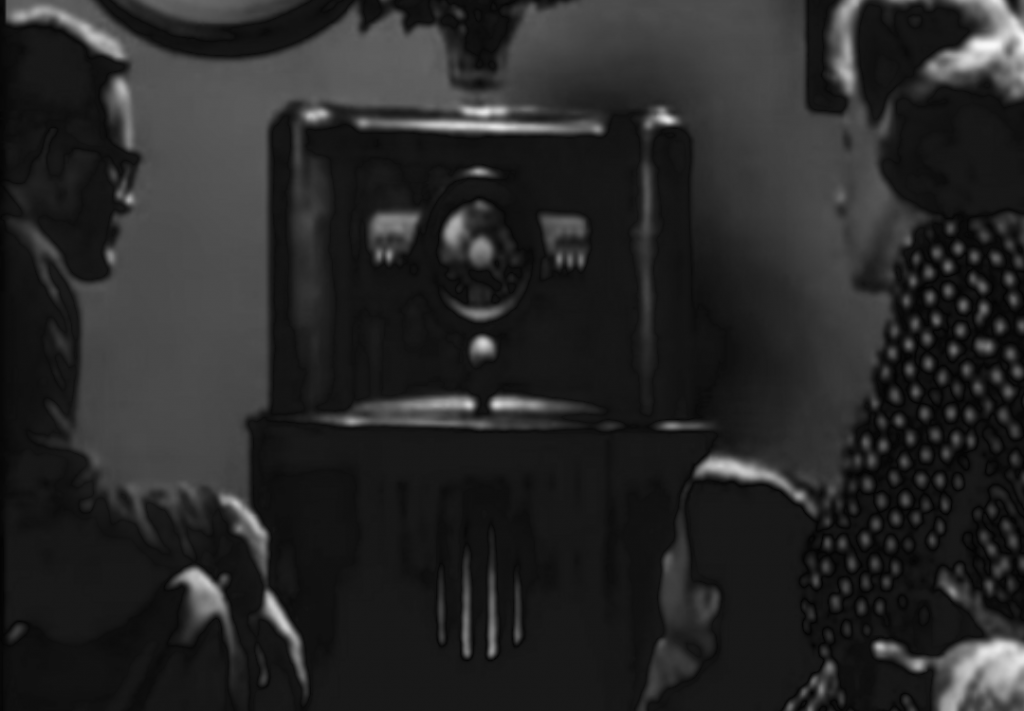