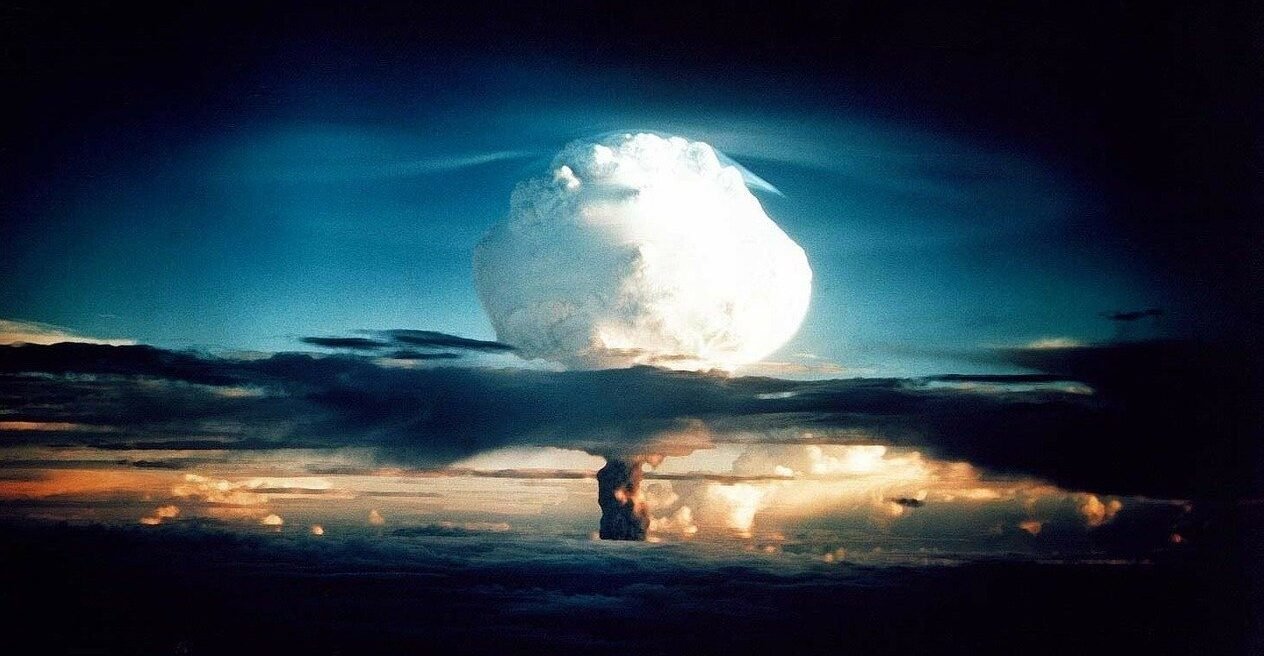 Ever rising tensions in the world today, like those on the Korean peninsula, have led to a renewed threat of nuclear attack. However, it is easy to forget that the West lived with the specter of such an attack for almost 50 years, ever since the last time Korea was in focus.

Between the 1930s and the 1990s, the world was bitterly divided between totalitarian states and western democracies. After WWII, there was the added fear of nuclear disaster or “mutually assured destruction”. The term orginated in John von Neumann, the mathematical genius of the 50s, who applied game theory to foreign policy.

To the public, however, superpower rivalry was always more than a game. Many of the movies that depicted the fear of a nuclear holocaust are still under copyright, such as the brilliant On the Beach (1959), Dr Strangelove (1964) and Fail Safe (1964). However, if we take a closer look at the years preceding the release of these cinematic masterpieces, some are freely available. Below is a selection of public domain sources about the great nuclear scare. 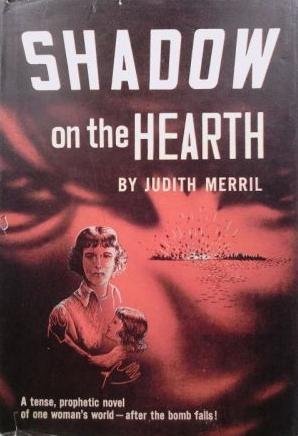 In 1950 there were about 6 million television sets in American homes. This would increase ten-fold throughout the decade. In 1954, Motorola sponsored a TV dramatization of an atomic attack on New York. The production, based partly on Judith Merril’s 1950 novel, Shadow of the Hearth, was featured as the fifteenth episode of the series Motorola Television Hour. Merril intended it to be a short story, but became more ambitious as the writing progressed. She eventually quit her job to complete a novel. Her dramatic narrative received favorable reviews in the press. 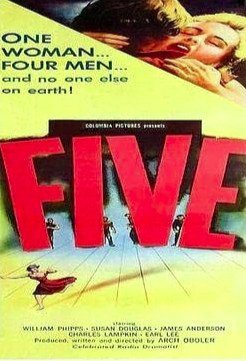 In the 1951 low-budget film Five, 5 people survive the ultimate Armageddon, in which the people are wiped out, but the infrastructure remains intact. They must learn to survive as the final humans on earth. There is only one woman among them. This is allegedly the first feature film to depict the aftermath of a nuclear holocaust. It was directed by Arch Oboler (1909-1987), a man with whom people at the time would be very familiar. He had been a well-known voice, writer and director on radio in the previous decades, before he began making movies.

In 1951, production began on a civil defense film that was to become a cult classic, Duck & Cover. It became the centerpiece of a public campaign in schools during the cold war.

Before it’s decline, Ace Comics was quite an influential publisher during the period known as the Golden Age of Comic Books, which ended about 1950. Their most famous creation was the superhero Magno the Magnetic Man. The fifties were the time of the Korean War, and the publishing house played its part by releasing four issues entitled Atomic War! between 1952-53.

“Look upon the pictures of our giant cities hundred of years in the building, smashed by the atom-bomb, and say: this shall not come to pass! More than ever today, only a strong America can prevent this from becoming a reality!” Quote from Atomic War! 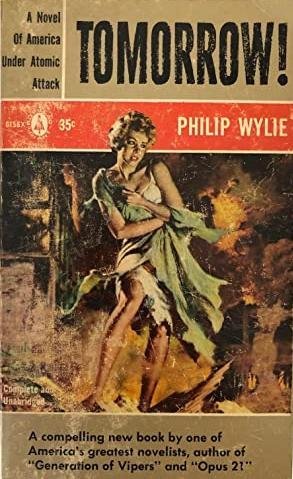 Radio was, of course, during the early years of the cold war, the dominant medium. In 1956, radio superstar Orson Welles lent his dark, nasal voice to a somber ABC production: Tomorrow. It was a fictionalized nuclear attack upon the United States created in cooperation with the civil defense organization. The radio play was based on a 1954 novel by the scifi writer Philip Wylie (1902–1971).

So what does it mean?

Churchill may have held his Iron Curtain speech in 1946, but he had anticipated a conflict with the Soviets throughout the war. Already in his “finest hour” speech does he mention that military conflicts may be made more protracted “by the lights of perverted science”. This, of course, took on a new significance after the Manhattan Project and the bombs on Hiroshima and Nagasaki. As the fifties dawned, and the battlefield shifted from Europe to Korea, all media reflected the new fear of nuclear holocaust. The Eisenhower years, even after Stalin’s death in 1953, were marked by a contrast between consumerism, domestic suburban bliss, and great anxiety reflected in the popular culture above.